Axis Bank Limited, formerly known as UTI is the third largest private sector bank in India and it began its operations in the year 1994.The Bank is headquartered in Mumbai, Maharashtra and offers financial services to customers ranging from large to mid-sized corporates and to micro, small and medium enterprises, etc.

Axis Bank has a network of 2402 branches in India and an ATM network of 12922 which is the largest amongst private banks in India.Axis Bank is headed by Dr. Sanjiv Misra (Chairman) and Ms Shikha Sharma (MD & CEO). 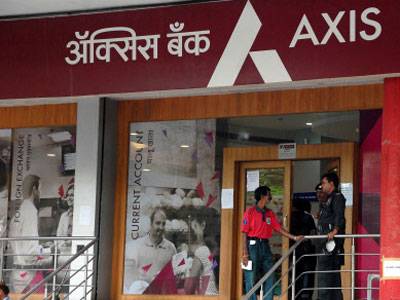 In Kolhapur Axis Bank has 4 branches which is at Shivaji Park,Ichalkaranji,New Mahadwar Road and Kagal.

The Operations of Axis Bank is divided into four divisions